We’ve been living in Australia for just over a month now and the question I get asked most often is ‘how are you settling in?’ As more and more people ask that I figured it was time to start implementing my resolution to try and keep this blog reasonably up to date. Overall living in Australia isn’t dramatically different to the UK although there are lots of little differences (Cadburys chocolate doesn’t taste as good but there are more flavours and Woolworths is a supermarket) There are many aspects of settling in to a place that won’t happen for us for quite some time; until we have jobs and our own place to live we can’t really get a grasp on shopping, commuting etc. END_OF_DOCUMENT_TOKEN_TO_BE_REPLACED

It’s here! We’ve been working on this DVD since I started with OMNIvision last year, and I’m pleased to say that it is a truly wonderful collection of prayer videos. Five videos from five countries where God is at work and lives are being transformed. END_OF_DOCUMENT_TOKEN_TO_BE_REPLACED

For ten days Ruth and I travelled with the OMNIvision truck to Ireland for a Christian conference called Summer Fire. Guest speakers came from around the world to encourage the small, yet growing and passionate Irish church to live radical lives for Jesus and to reach out to their fellow countrymen with the good news of Jesus. END_OF_DOCUMENT_TOKEN_TO_BE_REPLACED

At the end of March I flew out to Hong Kong to visit the Logos Hope for 10 days. It was strange to be back on board when there are now only a few people that I know but it was wonderful to catch up with some special friends. I had the chance to visit the city centre with some people, take the teachers out for a meal and also to go up the peak; despite the typically British weather we still got to see a bit of the view! END_OF_DOCUMENT_TOKEN_TO_BE_REPLACED

“Transform is about faces. An Albanian girl promised a better life in Italy; now forced to sell her body. A deeply religious man who fears God but is controlled by hatred. A Turkish student giving up because there is no future. A Libyan refugee who fled the conflict with nothing.”
END_OF_DOCUMENT_TOKEN_TO_BE_REPLACED

After much prayer and consideration, we have decided not to remain in the UK after March 2014. Whilst the challenges surrounding applying for a spousal visa for Chris started us thinking – ultimately we decided that we don’t want to (or feel led to) remain here long term. Whilst we may have hoped to stay until later in 2014 or even on into 2015 – it would seem the only way to do that would be to leave OM early and find secular work – something we’re fairly sure isn’t on God’s agenda for us. END_OF_DOCUMENT_TOKEN_TO_BE_REPLACED

“I thought I spoke English before I came to the UK” I exclaimed to those gathered at  the table. The night before the big celebration a few of us close friends from ship days gathered together for dinner and were sharing our experiences of adapting to British culture.

A little over a year since we shared two years of our lives in close quarters with so many people we called friends, I cannot describe to you how refreshing it was to be back in the company of these old friends. Chief amongst these for me were some of my closest friends from my time onboard. Ruth also enjoyed meeting with friends of hers. I was encouraged by others sharing their stories of difficulty adapting to british culture after marrying Brits. Calling crackers biscuits and calling biscuits cookies, parking on the wrong side of the street and misunderstanding social cues. Sometimes I feel totally foreign and at other times I feel like I belong here.

The celebration lunch happened the day before they left for the US and just weeks before their US wedding and held all the hallmarks of a wedding reception. It was a delightful affair – and it was so nice to see them walking the road to marriage so well. I was very impressed by the way Colton had prepared every detail for their future life together in the states.

Christian weddings are often a great witness to God’s goodness to us and our ability to celebrate without excess in drinking and the like – and this celebration was a shining example. I loved the way the speeches reflected God’s provision and guiding in their lives, that whilst alcohol was available it barely featured, that we celebrated with such a lovely barn dance – and mostly that we could all gather around Claire and Colton to pray God’s blessing upon them as they travel onwards and together.  They say that Christian marriage should reflect the way Jesus loves the church and we love him – and this is already evident in their lives.

‘Thank you Lord that we have 231 people going into all the world tomorrow an we are sending them!” said one of the conference leaders in our prayer time before the final session of GO conference August 2012. Brand new OM team members from over 40 nations had come for an intensive 10 day training course in cross cultural missions. We call it Global Orientation – it’s chief aim to familiarise new team members with OM – the organisation they are working with and to prepare the workers for the cultural shock they will experience in their destination countries. Some are heading to reached nations with unreached people groups (even in the heart of London) and some are heading to the ends of the earth where there is no church to share the good news of our Lord Jesus. We want them to know that they are not alone – that God is with them firstly, and that there is a network of people to call upon for help.
Around 90 new team members are on their way to Logos Hope via some more training in Thailand, and two of them will become new teachers in the ship’s school. Ruth had the opportunity to meet with these two new teachers and prepare them for what they are about to experience. We know that they will be a big blessing to the ship – there is a great need for teachers – and that the ship experience will be life changing for them. Ruth was also able to connect with a number of families with children going out into the mission field for the first time. She gave them advice and reassurance about raising and educating children away from home.
Chris again joined the OMNIvision team in providing the sound, lights, song words and cameras (iMag) for the daily sessions in the main auditorium. He was able to help a lot with the set up of the sound and lighting components and felt much more at home with the equipment and people than at July’s TeenStreet conference. During the conference Chris spent most of the time on camera and feels much more familiar with the role now.
Whilst the two weeks in Holland were fairly easy going (with some long working days mixed in) we found by the end we were very glad to be heading home. Much of the time it felt like we were just working in our jobs and some times we felt like we were just passing the time – but when that prayer was prayed we remembered that God has allowed us to be a part of sending new workers out into the harvest field – and that is a privilege we cannot scoff at.

Whilst the church in exotic far away places like Africa, Asia and even the Middle East is growing at an amazing rate (just look at China) – the church in Europe is in steady decline. Weath and prosperity has replaced the need for God’s provision, advanced science and philosphpy has convinced most people God doesn’t exist – but neither have filled the emptiness inside every human being.

TeenStreet is a large international event in Germany where almost 4000 Christian and undecided teens come and experience God face to face. Powerful, exciting, confronting main meetings with intimite worship and challenging teaching are the spark of a flame that is fanned in small groups where the teens work out the mechanics of living their lives for Christ. Some commit their lives to Christ for the first time, others resolve to serve Him wholeheartedly, others still get a heart for local and world missions. All are impacted in some way.

We were pleased to be a small part of this huge conference in roles that we feel comfortable in. Chris was a part of the OMNIvision crew who covered the video for the main meetings – making sure that people could see, hear and understand the message being spoken to them. The title of this year’s TeenStreet was ‘Newsong 40’ – following Psalm 40 it encourages teens to leave behind the ‘old song’ of the world and start to sing the new song from God: “We were created to start each day anew, not consumed with the pain and regret of yesterday, or the fears and worries of tomorrow. Instead, to start a day in relationship with the Happiest person we know. Starting the day singing the Truth of the Kindest person we know, and what HE says about who you are. This is the song of our Father, who’s desire is to see His Kingdom come on Earth, as it is in HEAVEN!”. (www.teenstreet.de)
Part of Chris’s role for the week was to edit and upload recordings of the sessions. You can watch them online at http://www.omnitube.org/TeenStreet_Germany/. Feel free to use the clips or the ideas in them for your youth meetings etc.
Ruth coordinated the kids program – KidStreet – that ran simultaniously for the kids of helpers and organisers of TeenStreet. Following the same theme of a new song, the kids enjoyed a range of fun activities on their level, helping them to leave behind their old song and sing the new. Leading a group of kids who all speak different languages is difficult, but thankfully we had helpers from all the language groups!

This has been a big highlight for the start of our time with OM ICT in Carlisle, especially for Chris. We look forward to going to Holland in two weeks for the Global Orinentation (GO) conference – where new missionaries entering the field are given intense cross cultural missions training over two weeks – we did this ourselves when we joined the ship! After that we get to settle down into life in Carlisle – working with families in the mission field and creating multimedia resources for missions.

Yes, Ruth and I finally tied the knot on the 9th of June 2012 at Northchurch Baptist Church, Berkhamsted, England. We had a magnificent day that (save for a slight delay) turned out just the way we planned. The sun even made an appearance in the afternoon and there was an especially beautiful sunset to end the day. You can see lots of photos of the big day on our facebook pages.

We had a lovely relaxing honeymoon in tropical north Queensland, Australia before heading to Australia for a whole second wedding and reception! It was lovely to celebrate again with the people who are special to me, and who had already met Ruth and encouraged us on our journey together. It was also a time for last goodbyes as we flew back to the UK two days later!

We’ve been very busy setting up our new home in Carlisle, UK and we will have some photos for you to see soon. We’ve also started work already as volunteers for Operation Mobilisation – Ruth is working with families in the mission field and I am working with a multimedia ministry called OMNIvision. Between our day jobs, setting up a home, getting over jetlag and getting used to each other – we’re quite drained – so please pray for energy and grace for one another. 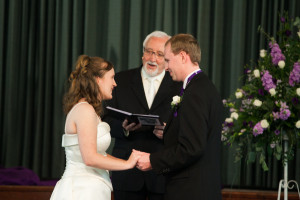