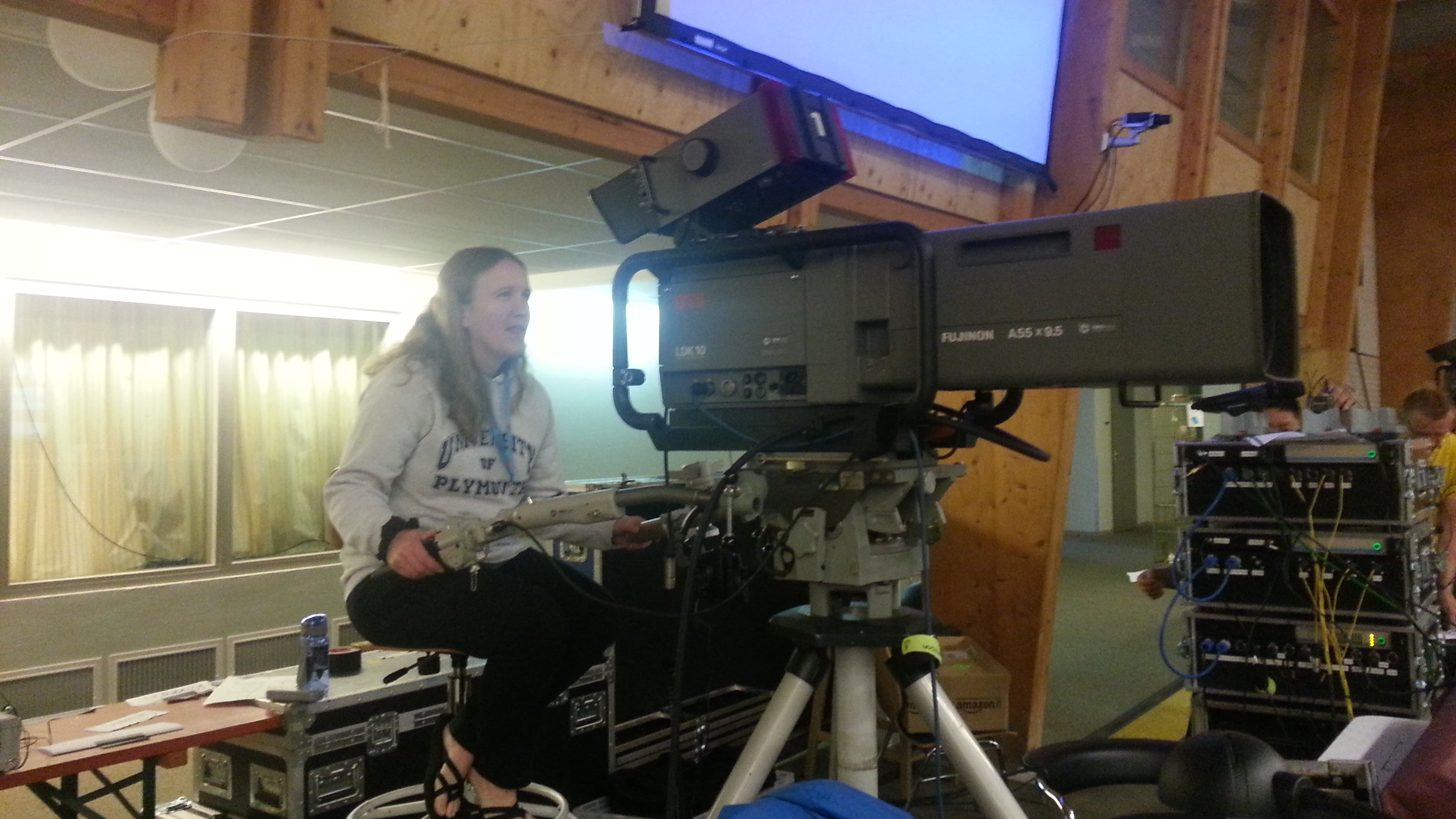 Having spent the last 2 events mainly operating graphics I enjoyed the change of being on camera for most of the main sessions during GO. I had learnt the basics before but this was a chance to practise and develop further skills. My biggest challenge came when I was placed on camera 1 which is used to follow the main speaker most of the time. It required a lot more concentration and my first time involved a speaker who paced back and forth on stage but I enjoyed the challenge.

Family Track is a morning when families come together as a group to hear from others and learn about transition. They get to spend time talking together as families and to hear from experienced missionary parents and adult MKs. It’s always a blessing to help out with the session and to see the families move forward in their transition journey. It was also great to spend some time at various points throughout the conference chatting with some of the families, especially the 2 who are joining the Logos Hope.

I spent some time with one 9 year old girl. Her parents have already been on the mission field for some months and both she and her parents were pleased for her to have the opportunity to talk about being an MK. She is an extremely mature girl and we were able to have a great conversation about some of the positives and challenges about being an MK. Apparently her words to her parents when she returned to them were ‘I feel like a huge burden has been lifted off me.’ As one of my greatest desires for MKs is for them to have the chance to talk and process things this was a real encouragement to me.

Many staff from around the OM world also attend the GO Conference so it is a great time for connecting. I was especially blessed by the chance to spend time on various occasions with some friends who are based at the ship’s office in Germany.

My final highlight was looking at Chris and I and reflecting a little on how we’ve grown over the last year and settled into married life. This time last year we dealt with all these conferences as newlyweds which made it a little harder to deal with the challenges. Chris was the only member of the OMNIvision crew with much technical knowledge this time and I was proud to see him needed so much at different times. For both of us things got quite challenging, especially in the second week as we were both extremely tired and getting frustrated with various things but at the same time I rejoice in the way we were able to help each other through and how much better we know how to support each other than a year ago.